Get fresh music recommendations delivered to your inbox every Friday.
We've updated our Terms of Use. You can review the changes here.

Close Encounters of the Raw KInd 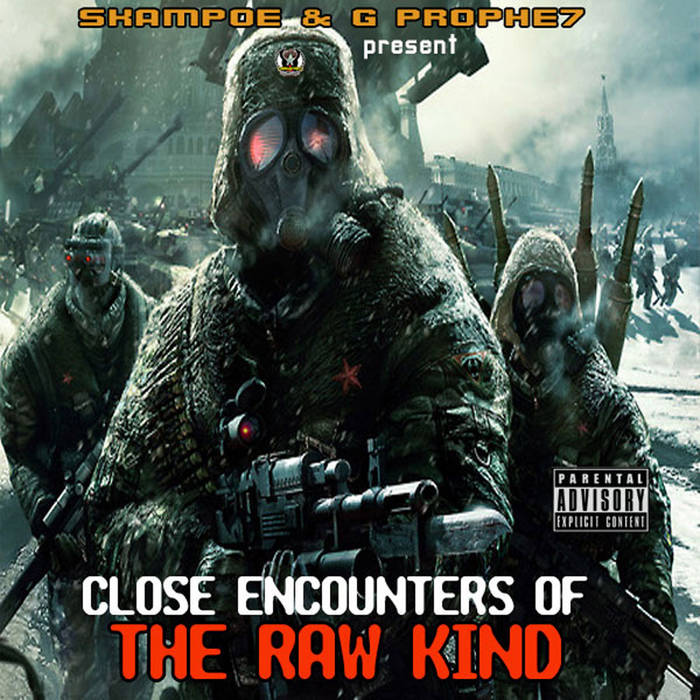 Skampoe is part of the hip hop group “P.C.P.” and has a large amount of solo albums under his belt. Skampoe discovered artist “G Prophet” and helped him to get signed to the Darkstarz Records imprint. This album represents as G Prophet’s introduction the world. As the newest member to the “DSR” family G Prophet is giving the world has introduction on this album.

Together Skampoe and G Prophet have assembled their talents to create a new recipe. Close Encounters of the Raw Kind is fully produced by “Boogie Beats”. The DSR artists wanted to just use one producer for this this project and that decision really worked well for them.

Skampoe says of “Close Encounters of the Raw Kind”, "This album represents as an introduction to “G Prophet”. It has a great vibe and mixture of lyrics. It’s produced by one music producer so the album captures a similar cadence."
For more on Skampoe & G Prophet's new album visit darkstarzrecords.com

Darkstarz Records is an independent label officially formed in 2001. We are the underground talent at its rawest form, left in the dark in favor of the commercialized radio hits heard today. Instead of complaining about what we hear, we are looking to change what you hear. ... more